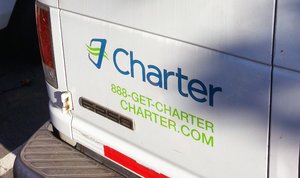 Charter cable and internet customers in Tennessee who recently lost their homes to wildfire say the pay-TV giant, which recently merged with Time Warner Cable, is continuing to charge them for services that they can’t possibly access, and to return equipment that no longer exists.

The Knoxville News Sentinel reports that it’s not just the burned-down homes that are racking up Charter bills; some homes that survived last month’s wildfire are being charged for cable and internet even though the company has yet to restore service.

It makes sense that Charter might be behind on restoring TV and broadband to the area, after suffering significant damage to its network during the fires, but since the company is actively working on fixing its network and should therefore have an idea of which areas do and don’t have service, there’s really no excuse for why affected customers are still being billed.

The company claims that it’s not company policy to charge customers in these situations, and blames the bills on automated billing and call centers around the country that may not know of the wildfires. Apparently, Charter lacks the ability to send an email to its employees to alert them of natural disasters that disrupt entire swaths of the company’s network.

“We will certainly work with them to review their situation, review any billing,” a rep for Charter tells the News Sentinel.

Some area customers say they are having better luck sorting out bill disputes in person at Charter’s local office, but that the company’s telephone customer service has not been helpful.

“They sent us a bill for the next billing period after I called to cancel, and they say if we’re going to cancel, we owe the box or they’re going to charge us for the equipment,” one customer tells the paper. “We were told that if we dig through the rubble and found parts of the equipment, we could bring it in as proof. Otherwise, we couldn’t prove that the equipment was in the cabin at the time of the fire, and would be charged 100% for all Charter equipment.”

A letter sent to this family on Dec. 19 says to “Please check with your insurance carrier regarding possible reimbursement to you for circumstances such as theft, loss or damage.”