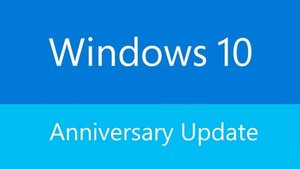 Microsoft and its millions of Windows Insiders have been testing the Redstone 1 development branch version of Windows 10 since December of last year.

In that time frame there have been over 35 builds released to those testers to evaluate the second major update of Windows 10, commonly referred to as the Anniversary Update, for both PCs and Mobile devices.

Since it has been called the Anniversary Update it was expected that it would arrive on the anniversary date of the initial release of Windows 10 which happened on 29 July 2015.

However, it would appear that a partial press release was accidentally pushed out on the Microsoft News Center earlier today that just contained this headline:

The content of the article was empty but I have reached out to Microsoft to ask for any further information about this and for confirmation on the release date of the Windows 10 Anniversary Update.

That article has now been pulled from the web but once I hear back from Microsoft I will update this article.

August 2nd is an interesting release date because it is not the 29th of July which would mark one year since Windows 10 was initially released to the general public but it is also the first Tuesday of the month. Microsoft likes releasing routine updates on Tuesday's when you consider their security related Patch Tuesday and then the other Patch Tuesday two weeks later when they release non-security related updates for Windows and other Microsoft products.

That date is also after the free Windows 10 upgrade offer for Windows 7 and 8.1 users expires on 29 July 2016. That means there is no chance of the update itself enticing someone to upgrade to Windows 10 for free.

A closer look at the calendar shows that July 29th this year is on a Friday and although Microsoft has released test builds of the Windows 10 Anniversary Update on multiple Friday's over the last seven months they likely do not want to be triaging the release process over a weekend.

Tuesdays are also a day that Microsoft is geared around a regular release schedule so the mindset and infrastructure is there plus all of us are used to getting those updates on that schedule as well.

Of course, if you look back at the release of the initial version of Windows 10 (Version 1507 Build 10240) and the Windows 10 November Update (Version 1511 Build 10586) all Windows Insiders had access to those final builds within two weeks of their public release and availability.

I expect we will see something very similar with the Anniversary Update because it actually gives Microsoft a week or two of telemetry data to evaluate and address any last minute tweaks that might be needed when the update is available for the general public.