Every move you make, every click you take, we’ll be watching you 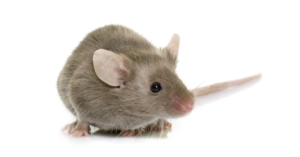 I had to leave the site ClickClickClick. It wasn’t too happy about it.

I turned the audio on, as ClickClickClick told me to do, so I can still hear the site begging me not to go.

Are you still there? You haven’t been around for quite some time now. I’m thinking, do you still like me?

The running audio commentary on my clicks, mouse movements and activity/inactivity is made in a jaunty Dutch accent – the site was created by Dutch media company VPRO and the Amsterdam-based interactive design company Studio Moniker.

It’s a simple site – a white screen with a big green button labelled “Button” in the middle – and it has a simple mission: to observe and comment on everything that visitors do on the site, in great detail, and to thereby remind visitors about just how closely our online behavior is monitored.

As a cyber wolf would have said to a cyber Little Red Riding Hood, all the better to profile and target-market at you, my dear!

Wait… is ClickClickClick sniffling? Is it crying?

Subject! Stay focused! …inactive… waiting possibly for something to happen? Come on, subject. You were being so great. Do something. Moving around a lot now. Curious and energetic. Interesting.

Studio Monkier designer Roel Wouters told news.com that ClickClickClick was designed to remind people about the serious themes of big data and privacy.

Fellow designer Luna Maurer said that her own experience with target marketing came into play:

I am actually quite internet-aware, but I am still very often surprised that after I watched something on a website, a second later I get instantly personalized ads.

There’s nothing unique about ClickClickClick’s tracking. The only thing that’s unique is that it’s upfront about it, letting us see the granularity of that tracking in an ongoing log that streams on-screen with notations including where on the screen you moved, whether you zigzagged or moved straight, how many pixels, how long you were inactive and the like.

No, there’s nothing new about any of it: capturing the X and Y coordinates of where the cursor is on a page is a simple task in Javascript, and it has been for a very long time.

Back in 2013, Facebook was mulling silently tracking users’ cursor movements to see which ads we like. Some reacted to the possibility by swearing off Facebook entirely.

It’s not just Facebook, though: any site can do it. It’s very easy.

It’s the job of user interface designers to understand how people interact with web interfaces. Their job is to figure out where users have problems and how to improve their overall experience.

Collecting user behavior on sites enables those designers to work on issues such as where and why users drop off at a checkout page on an e-commerce site, for example.

They do it through mouse tracking, heat maps, click tracking, or eye tracking, among other techniques.

Unusual behavior… Subject has been gone for 10 minutes… Very slow. Boring like hell.

If the thought is off putting, what’s the answer? Swearing off Facebook, or smart pages by witty Dutch programmers, isn’t going to stop you being tracked minutely online. And unlike ClickClickClick, you won’t know when it’s happening.

So you either have to put up with it, stop using the web or use something like NoScript – an extension that blocks JavaScript, Java, Flash, Silverlight, and other “active” content by default in Firefox – to block the execution of scripts that you’re unsure of.

Subject seems unsatisfied… hmmm… is subject thinking about Facebook or something?

No, you funny Dutch psychotherapist cyber bloodhound, I’m not thinking about Facebook. I’m thinking of all the other stunts sites can pull using JavaScript – like this one, where JavaScript was being used to slip files in quietly and automatically, like a drive-by download.

A loner? Possibly! But still open to being chatted up, and educated, by a site like ClickClickClick!