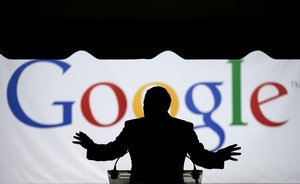 Google will begin using data from billions of credit and debit card transactions — including card numbers, purchase amounts and time stamps — to solve the advertising juggernaut’s long-standing quest to prove that online ads prompt consumers to make purchases in brick-and-mortar stores, the company said on Tuesday.

The advance, which enables Google to tell retailers how many sales they created through their digital ad campaigns, is a step toward what industry insiders have long described as the “holy grail” of digital advertising. If effective, the program could help persuade marketers to choose Google’s services over the television advertising that still gobbles up the lion’s share of retailers’ ad budgets.

“Google — and also Facebook — believe that in order to get digital dollars from advertisers who are still primarily spending on TV, they need to prove that digital works,” said Amit Jain, chief executive of Bridg, a digital advertising startup that matches online to offline behavior.

The announcement comes as Google is working to move past a advertising boycott of YouTube, its lucrative video site, after news reports that ads for mainstream brands were appearing alongside extremist content, including sites featuring hate speech and violence. But Googles's latest move to tie people’s digital trails to their real world behaviors is likely to renew concerns over whether technology giants and their affiliated companies know too much about people’s lives — and whether they disclose enough about how they collect and use that information.

Google collects massive amounts of personal data from smartphones and desktop computers, including location information from Google Maps and other apps, the search terms that people use in a Google search, and people’s Web browsing habits. All of that information is tied to the real identities of users when they log into Google's services.

Google executives say they are using complex, patent-pending mathematical formulas to protect the privacy of consumers when they match a Google user with a shopper who makes a purchase in a brick-and-mortar store. The mathematical formulas convert people’s names and other personal information into anonymous strings of numbers. The formulas make it impossible for Google to know the identity of the real-world shoppers, and for the retailers to know the identities of Google’s users, Google executives said. The companies know only that a match has been made.

In addition, Google does not get a detailed description of the individual transactions, just the amount spent.

“Through a mathematical property we can do double-blind matching between their data and our data,” said Jerry Dischler, vice president of product management for AdWords, in an interview. “Neither gets to the see the encrypted data that the other side brings.”

Dischler, who said the company had been working on the technology for years, described the modeling as a “revolutionary” step forward for both Google and advertisers.

But Google declined to share anything more than basic information about how the program worked.

Google would not say how merchants had obtained consent from consumers to pass along their credit card information. In the past, both Google and Facebook have obtained purchase data for a more limited set of consumers who participate in loyalty programs. Consumers that participate in loyalty programs are more heavily tracked by retailers, and often give consent to share their data with third parties as a condition of signing up. (Not all consumers may realize they have given such consent, according to the digital privacy advocacy group Electronic Frontier Foundation).

The technology giants introduced the use of what it called "double-blind encryption" in these initiatives. Dischler said that users who signed into Google’s services, including Gmail, Maps, Google Search, the Chrome browser, or the Google Play store, had consented, during the setup process, to Google sharing their data with third parties.

Tuesday’s initiative enables Google to use transaction data from a much wider swath of consumers than ever before, but the lack of detail on how personal data was being handled caused concern for privacy advocates.

"What's really fascinating to me is that as the companies become increasingly intrusive in terms of their data collection, they also become more secretive," said Marc Rotenberg, executive director of the Electronic Privacy Information Center. He urged government regulators and Congress to demand answers about how Google and other technology companies are collecting and using data of their users.

Peter Eckersley, technology projects director for the Electronic Frontier Foundation, expressed skepticism about whether the "double-blind encryption" described by Google could protect privacy effectively. Past efforts by technology companies to protect the anonymity of users have been easily defeated, he said.

"So this may well be a massive betrayal of the trust that consumers have placed in Google and their credit card companies, to keep their data confidential," Eckersley said. "But we won't even know for sure until Google publishes clear information on how it is handling this data."

Google declined to disclose the names of the affiliated companies that play a key role in handling consumers' data. Retailers that participate in the program don’t provide the transaction data to Google directly. They share it with third-party data brokers that encrypt the information before passing it along.

Such data providers have been the targets of cybercriminals in the past. In 2015, a hack of data broker Experian exposed the personal information of 15 million people.

The tech giant also declined to describe its mathematical formulas in anything more than vague terms, citing a pending patent. Dischler said the work was based on a 2011 research paper by three MIT scientists, which was funded by Google and Citigroup.

In addition to culling data from loyalty programs, Google and Facebook have used location data in their quest to measure whether consumers who viewed an online ad were influenced to go shopping in a brick-and-mortar store. In these cases, the companies roughly determine a person’s location — for example, whether they are inside or near a Home Depot or a mall — from GPS or other signals given off by smartphones.

But actual purchase information is a much more powerful signal than a rough location estimate, Jain said. “These companies have to invest in finding the identity of the consumer at the moment when that shopper is at the cash register."