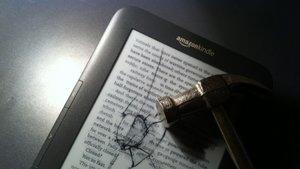 Here’s the latest in a growing list of post-AU update complaints.

In addition to reports of AU killing digital cameras worldwide, apparently if you simply plug your Kindle eReader (Paperwhite, Voyage - doesn’t matter which edition) into a USB port, Windows 10 with the Anniversary Update will crash and bluescreen.

The problem was first reported shortly after AU started delivering, but even more recent reports show that the issue is ongoing.

I’m reaching out today about this problem and will keep you apprised, but it reminds me of that old joke:

Patient: “Doc, when I hold my arm this way it hurts.”