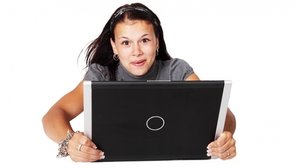 I have been using Microsoft Edge as my default web browser since Windows 10 arrived last July however, since it is in the very early stages of development I have used IE11 a lot and also kept Firefox and Chrome on my system for backup.

Early on Microsoft Edge has shown itself to be very fast and it has gained new features regularly over the last six months. I no longer find the need to leave Edge for another browser as much as I did in those early days.

Microsoft Edge is also more than the UI we see on our Windows 10 devices as well and the Edge team has continued working on those internals to build a solid base for the new browser.

What is missing from the UI are features that many of us take for granted – the biggest two are an ability to manage favorites and then extension support.

We know they are coming because the Edge team has been talking about those features on and off over the last six months. Originally, extension support was expected last year but it was delayed for unknown reasons until this year. It has been talked about for quite a while that an upcoming test build of Windows 10 from the Redstone branch, which Windows Insiders are already testing, will have that support in it.

Today, in a blog post from the Director of Program Management for Microsoft Edge Jason Weber, the team is laying out their priorities for 2016.

The biggest item you likely want to know about is extensions and they are the first thing addressed in this blog post and as previously promised – they are coming.

“Last year, we announced our intent to deliver a new extension platform for Microsoft Edge to replace the often unreliable and insecure native add-ons of the past. Extensions are among the most requested features for Microsoft Edge and we’re building an extension platform powered by web technologies and familiar to developers. Any browser extensibility is a potential vector for malicious software, and our extensions will be vetted, delivered, and managed through the Windows Store.

Our implementation is underway and we look forward to sharing early examples soon via the Windows Insider Program. We will share more information on developing and publishing your own extensions at a later date.”

Placing the extensions in the Windows Store is a smart move so that they can be curated alongside of apps and it eliminates the need to have a second store just for extensions – economy of functionality since that process already exists for the Store.

Other areas they are working on in 2016 is continued improvement of accessibility with work already done in the following areas as a base for that work:

In the area of fundamentals, the team believes that ultimately it is the browser which is responsible for making sure webpage code does not harm the user or breach their trust. These are the key areas they will continue focusing on in 2016:

The Edge team will also continue building towards the future of the web to make sure the browser is ready for the new technologies that are coming and that it supports standards today and down the road.

Finally, just like other areas in Microsoft, the Edge folks will be looking towards the community for feedback and they have a few channels that you can use to connect with them.

Last month the team also took a look back on 2015 to see how things went with Microsoft Edge development during its first year on the operating system and to evaluate their work. It has some great stats and info about what they accomplished.

Unfortunately, there is nothing about managing favorites in this update for 2016 so I hope that just means it is a little lower on the list but is there. Be sure to check out my work in using what is already available in Microsoft Edge to manage your favorites. This process will be functional for most users until something arrives from Microsoft.