RNC, Chamber Of Commerce Say A Robocall Isn’t A Robocall If It Goes Straight To Voicemail 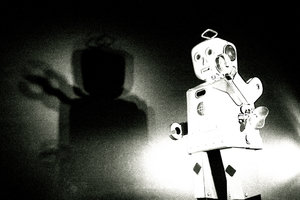 An automated, prerecorded phone call that goes straight to voicemail may be slightly less annoying than a robocall that causes your phone to ring, but is it any less of a robocall? The Republican National Committee and the lobbyists at the U.S. Chamber of Commerce think these “ringless” robocalls are just fine, and have asked the FCC to allow telemarketers to use them.

The Telephone Consumer Protection Act places restrictions on the use of prerecorded and autodialed calls to wireless phones, limit their use to emergencies and cases where the recipient has given prior consent to receiving the robocall.

A company called All About The Message (AATM) has developed technology that lets it deliver messages straight to a recipient’s voicemail without actually calling the phone. It recently petitioned [PDF] the Federal Communications Commission, asking it to declare that such direct-to-voicemail messages fall outside the umbrella of the TCPA, or to grant the company a waiver to deliver these messages without fear of the penalties that could result from violating the TCPA.

This petition has received support from businesses and politicians, particularly in the form of the U.S. Chamber of Commerce and the RNC.

The Chamber’s comments [PDF] point out that this new ringless robocall technology is not like the random number or sequential number dialers that Congress first sought to restrict when it enacted the TCPA back in 1991, and argue that the FCC “cannot continue to sweep new technologies into this technologically-archaic statute.” If Congress wants to bar this technology, it should put it in law, claims the Chamber.

That seems unlikely, given both the political advertising potential for ringless robocalls and the fact that the Republican National Committee is also asking for the FCC to grant the AATM petition.

In its comments [PDF] submitted to the FCC, the RNC tries to make a First Amendment case for ringless robocalls.

“The Commission should tread carefully so as not to burden constitutionally protected political speech without a compelling interest,” reads the comment. “Political speech is ‘at the very core of the First Amendment,’ and subjecting direct-to- voicemail political messages to the TCPA would unnecessarily and improperly restrict that speech.”

To counter these industry and political claims, more than a dozen consumer advocacy groups — including our colleagues at Consumers Union — recently filed a joint comment [PDF] in opposition to the AATM petition.

Direct-to-voicemail messages are “just as invasive, expensive, and annoying as calls and texts to cell phones,” argues the comment. “Granting the petitioner’s request would allow telemarketing and debt collection messages to overwhelm the voicemail boxes of consumers. Unlike their ability to limit calls and texts, consumers have no way to limit, restrict or block unwanted voicemail messages from particular callers.”

While AATM claims in its petition that its technology does not constitute an actual phone call and therefore can’t be restricted by the TCPA, the consumer groups contend that it’s effectively the same concept as automated texting, which is similarly restricted by law, “so there is no technological or legal reason for them not to be covered by the same rules under the TCPA.”

“This technology is essentially a perverted use of the standard voicemail system,” says Susan Grant, director of consumer protection and privacy at the Consumer Federation of America. “It delivers a pre-recorded message without ever giving the consumer the opportunity to answer — or to block — the incoming call.”

Maureen Mahoney, policy analyst for Consumers Union argues that the FCC “shouldn’t make this problem even worse by weakening consumer protections and opening the door to unwanted voicemail messages from telemarketers and debt collectors.”

Why don't politicians have any common sense? Geeeezzzz.

I use NoMoRoBo.com. Works nicely.

We have a copper phone line. It doesn't work on them.

We got 4 or 5 calls in a row on Friday from the IRS (yeah, right!). My husband called Verizon. First frustration getting to talk to a real person rather than a robot who didn't understand what he wanted. Second frustration, telling Veizon the phone number these calls came from figuring they might be able to do some and getting a lukewarm response. Obviously Verizon could care less about annoying phone calls.

Telemarketer and spammy type phone calls are the exact reason that we ditched our landline over a dozen years ago.
You're right, Verizon doesn't care.

My husband has a pacemaker and we have a hard wired burglar alarm system. Both work way better with a copper wired system.

I don't answer the phone. Legitimate callers let a message. My husband answers the phone then gets annoyed. (I guess he thinks the annoyances will stop.