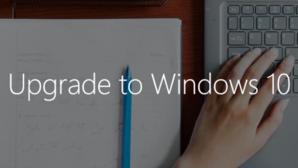 Last week ended with the release of Windows 10 build 10130 to Insiders – the second test build released to those on the Fast Ring in a nine-day period.

This week kicks off with the official announcement from Microsoft that Windows 10 will be available for Windows 7 and 8.1 users to download for free on 29 July 2015.

With that confirmation from Microsoft there is now a lot more info available relating to this upgrade and I thought it would be handy to highlight a few of those items in one place.

Although we now have a lot more info than we did before this announcement there are still unanswered questions such as the upgrade path/options for Windows Insiders who are on Insider Preview builds, the cost of Windows 10 after the free upgrade period, when system builders can get their hands on an OEM copy of Windows 10 of any flavor and what, if anything, will Surface RT/RT 8.1 devices see in the form of an upgrade/re-designed UI as Microsoft has previously mentioned.

Right now I suspect Microsoft is focusing on the free upgrade offer and will not release these details until they are absolutely necessary.