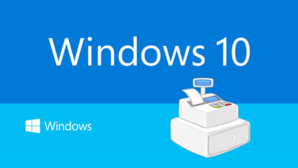 Wow – what a crazy weekend.

Did you see that three putt finish to the U.S. Open?

Oh, we’re not talking about that weekend craziness?

Although many of you who visit the SuperSite might also watch golf the vast majority of you are likely looking for clarity this morning after a crazy weekend of Windows 10 related news.

The short answer is - yes.

Last Friday Microsoft’s Gabe Aul took to the Blogging Windows site and posted an update about the Insider program.

In response to that I wrote up an article about transforming your Windows 10 Insider Preview into a fully functioning and active install of Windows 10 RTM on 29 July when it becomes available.

Then on 29 July, when Windows 10 becomes available, it can be installed on that system and will be a genuine install of the new OS.

This applies even if the Insider Preview was installed on a clean hard drive from an ISO and not an upgrade from Windows 7 or 8.1.

Of course users out there who are not Insiders and are running Windows 7 or 8.1 can upgrade to Windows 10 on 29 July and their system will also have a valid installation of Windows 10.

Both Insiders and everyone else will even be able to perform a clean installation of Windows 10 after their upgrades on 29 July if they need to.

The significant thing everyone needs to remember is that these Windows 10 installs are valid for the lifetime of that particular device. These installs cannot be transferred to other systems like a retail license for Windows can be in some situations.

The best comparison I have is to treat it like an OEM license for Windows on your favorite Dell, HP, ASUS, Acer those from any other OEM which sells computers with Windows pre-installed. OEM licenses are only valid for the hardware it came on and you are not allowed to transfer that Windows installation to any other device.

That is how all of these Windows 10 upgrades will work whether you come from Windows 7, Windows 8.1 or from the Windows Insider program.

So why did Microsoft change some of the wording on their blog post from Friday over the weekend?

Part of what they modified was to remove the words and remain activated when they were discussing the upgrade to RTM process for Insiders from pre-release builds. As I mentioned earlier your final Windows 10 install is just for that particular device.

By stating that it would remain activated that might be interpreted as meaning on any device. As clarified above that is not actually the case - remember lifetime of that device.

The other big change was the addition of this phrase:

It’s important to note that only people running Genuine Windows 7 or Windows 8.1 can upgrade to Windows 10 as part of the free upgrade offer.*

The asterisks at the end of that points towards this phrase at the bottom of the post:

*More information about the free upgrade offer can be found at Windows.com.

That upgrade page at Windows.com provides all the details about upgrading from Windows 7 and 8.1.

Initially Microsoft made these changes and did not indicate the blog post had been updated. Sometime afterwards an annotation was made to state these modifications were made on 20 June 2015.

Microsoft is a large corporation and constantly have to think about the legal ramifications of any statement or blog post they publish. That is what happened here but it occurred after the blog post went live.

Of course, tech blogs everywhere then wrote about it and talked about the opportunity that anyone had to join the Insider Program, install these final builds with their Microsoft Account and then get the final version of Windows 10. All without ever having upgraded from Windows 7 or 8.1 or had a valid license for those OS’s validated.

In hindsight it is a tight balance between feeding the hordes information and making sure all bases are covered from any possibilities and interpretations.

Bottom line is that Insiders have a way to get Windows 10 final without upgrading from Windows 7 or 8.1 – that never changed throughout all the craziness of the weekend.

Just when you think you got it figured out it gets confusing again.

In Memory
Nearly as bad as trying to understand a woman!

Plastic Nev said:
Nearly as bad as trying to understand a woman!
Click to expand...

I agree, Nev. Microsoft should stop changing who can and who can't.Not professional conduct.

Nearly as bad as trying to understand a woman!
Click to expand...

I wouldn't even try to understand women!

Plastic Nev said:
Nearly as bad as trying to understand a woman!
Click to expand...

starbuck said:
I wouldn't even try to understand women!
Click to expand...