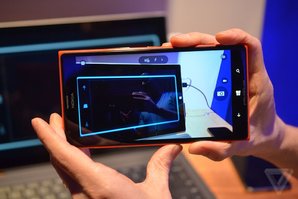 While Microsoft is planning to launch Windows 10 on PCs this summer, the phone part of the operating system will debut at a later date. Speaking at a media event at Build in San Francisco today, Microsoft's Joe Belfiore explained the company's plans for the launch of Windows 10.

"Our phone builds have not been as far along as our PC builds," explained Belfiore. "We’re adapting the phone experiences later than we’re adding the PC experiences."

That slower progress means Windows 10 on phones will show up after the PC launch this summer. "There are devices and features that will come not on launch date, but following it," says Belfiore.

"From the device view, our main focus is to kick off the Windows 10 launch wave with a great launch on the PC. You should expect that the other devices — phone, HoloLens, Xbox, Surface Hub — will be staggered, probably not on the same date as the PC."

It's not surprising to see Microsoft launch Windows 10 on phones later than PC, but it's a confirmation that new Lumia hardware will arrive later this year and not at the same time as Windows 10 PCs. Microsoft's PC release of Windows 8.1 shipped earlier than the phone release, and Windows 10 is continuing that trend.

Not all Windows 10 features will be available at launch.

Alongside the phone launch plans, Microsoft also admitted that some features won't be available on Windows 10 at launch. Belfiore wasn't clear on how many features will miss the initial launch window, but he did reveal that launch features start in the summer and increase in the fall.

One example is Microsoft's new Edge browser extension support that will arrive after the summer. Given the lack of the new messaging app with Skype integration in current preview builds, it's likely that this won't arrive in the summer either.

"We’re in that finishing up phase of the project, and we’re going to continue to get builds out to insiders," explains Belfiore. Microsoft still isn't ready to say exactly when the company will launch Windows 10, and it's still working on the specifics.

"We’re on track for this summer, but you should definitely have this notion in mind of Windows as a service," says Belfiore. That notion means that Windows 10 may launch this summer, but there's gonna be a lot of rapid updates, new features, and app changes in the months after launch.